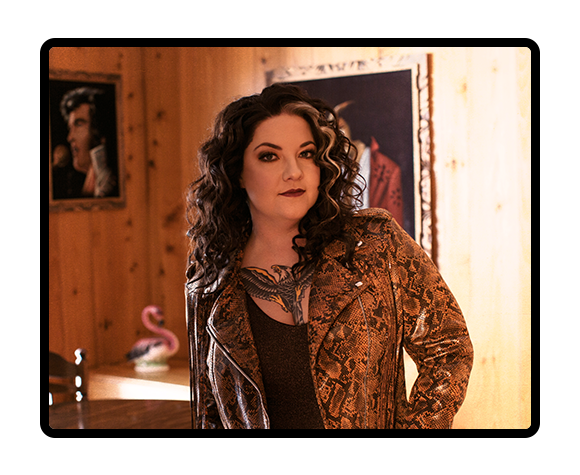 Ashley McBryde
Raised in Arkansas, Ashley McBryde was drawn to various types of music from a young age. She also developed a passion for writing songs and later moved to Nashville, Tennessee to pursue a music career. Between 2006 and 2011, McBryde released a pair of self-released albums. Her 2016 extended play (EP) titled Jalopies & Expensive Guitars drew attention from country artist Eric Church. His support helped her gain a country music recording contract with Warner Music Nashville. In 2017, the label released her debut single "A Little Dive Bar in Dahlonega". The song was followed by her corresponding studio release Girl Going Nowhere (2018). Both the album and the single received critical acclaim and led to recognition from several music associations. It was followed by 2019's Never Will, which was also met with critical acclaim. Its lead single "One Night Standards" reached the top 20 of the American country songs chart and topped the Canadian country survey. 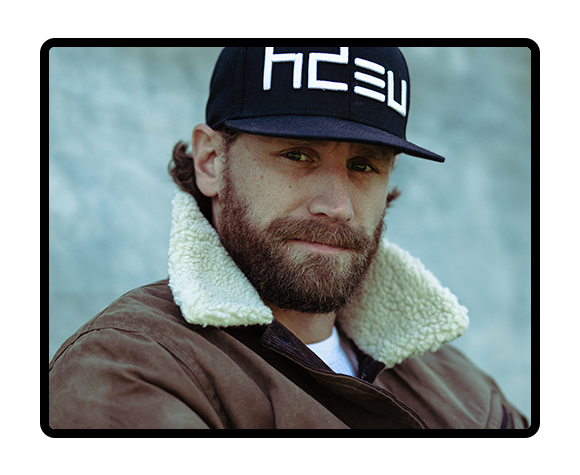 Chase Rice
Singer, songwriter, and reality television personality, Chase Rice is also a former college football linebacker for the University of North Carolina and former NASCAR pit crew member for Hendrick Motorsports. He co-wrote the diamond-certified single "Cruise", performed by Florida Georgia Line. He released the EP Ready Set Roll, featuring the single "Ready Set Roll", on October 15, 2013. His full-length album Ignite the Night was released on August 19, 2014, and includes "Ready Set Roll". On August 27, 2014, Ignite the Night debuted atop the Billboard Top Country Albums chart. His first number-one single on country radio was "Eyes on You", which topped the chart in 2019. He first came to prominence in 2010, when he was a contestant on Survivor: Nicaragua, where he was the runner-up to Jud "Fabio" Birza. 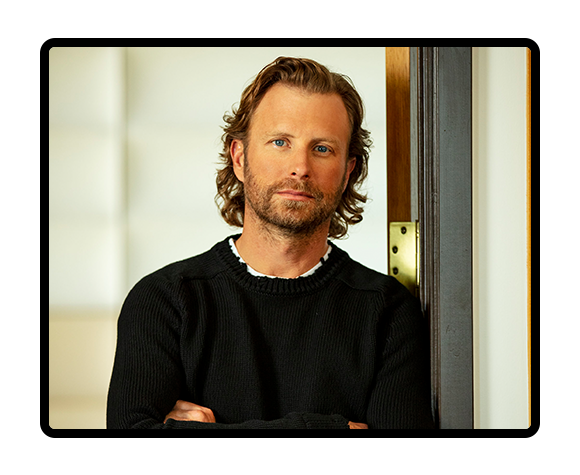 Dierks Bentley
In 2003, Dierks Bentley signed to Capitol Nashville and released his eponymous debut album. Both it and its follow-up, 2005's Modern Day Drifter, are certified platinum in the United States. A third album, 2006's Long Trip Alone, is certified gold. It was followed in mid-2008 by a greatest hits package. His fourth album, Feel That Fire was released in February 2009. A bluegrass album, Up on the Ridge, was released on June 8, 2010; a sixth album, Home, followed in February 2012, as did a seventh one, Riser, in 2014. Bentley's eighth album, entitled Black, was released in May 2016. His ninth and most recent studio album, The Mountain, was released on June 8, 2018. Bentley's studio albums have accounted for 25 singles on the Hot Country Songs and Country Airplay charts, of which 17 have reached number one: his debut single "What Was I Thinkin'", "Come a Little Closer", "Settle for a Slowdown", "Every Mile a Memory", "Free and Easy (Down the Road I Go)", "Feel That Fire", "Sideways", "Am I the Only One", "Home", "5-1-5-0", "I Hold On", "Drunk on a Plane", "Say You Do", "Somewhere on a Beach", "Different for Girls", "Woman, Amen" and "Living". Seven more of his singles have reached the top 5. 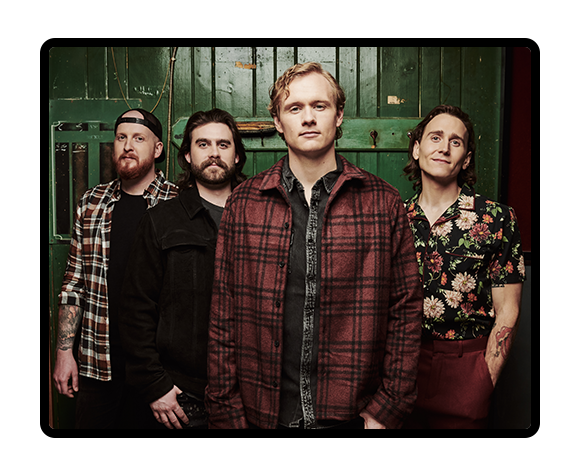 James Barker Band
Formed in Woodville, Ontario, in 2015, The James Barker Band consists of James Barker, Taylor Abram, Connor Stephen, and Bobby Martin. In Canada, they have three number one country singles with "Chills", "Keep It Simple", and "Over All Over Again". They are currently signed to Sony Music Nashville and Villa 40. In 2015, they won the Emerging Artist Showcase at the Boots and Hearts Music Festival and the following year, they were signed to Universal Music Canada.The band's debut extended play, Game On, was released April 21, 2017.The band received two Juno Award nominations for Breakthrough Group of the Year and Country Album of the Year at the 2018 Juno Awards,winning the second. In 2018, the band's song "Chills", cowritten by Barker, Gavin Slate, Travis Wood and Donovan Woods, received a SOCAN Songwriting Prize nomination and won the award for Single of the Year at the Canadian Country Music Awards. 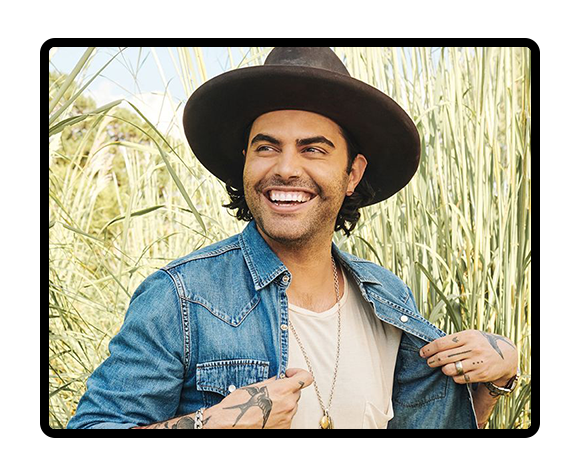 Niko Moon
Sitting across from country singer/songwriter Niko Moon, the words "GOOD TIME" are inescapable, peeking through the threads above his knees. "Good Time" is a track on his forthcoming genre-testing debut EP, a moment he wanted to benchmark with tattoos: "GOOD" on his right leg, "TIME" on his left. "I always wear holy jeans," Moon explains, "and I’m starting to run out of real estate." "GOOD TIME" deserved permanent ink, since the phrase is more than just an album title. It’s also a way of life for Moon, an adventurous artist, writer and musician with an enduring optimism and a flair for challenging boundaries. 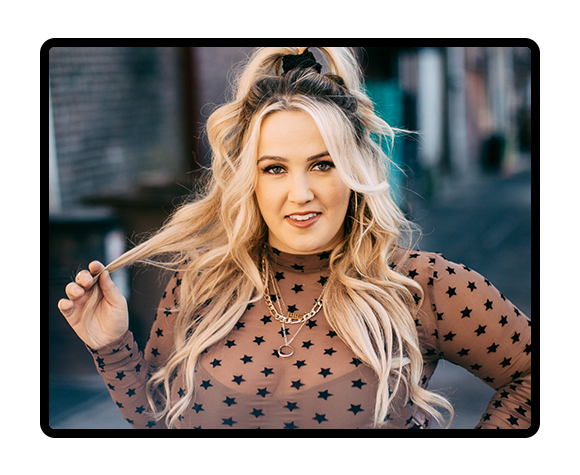 Priscilla Block
Priscilla Block is a native of Raleigh, North Carolina and is one of five children. She moved to Nashville, Tennessee after graduating high school. Block began releasing songs via TikTok in 2020 while working various odd jobs around Nashville. One of these songs, "Just About Over You", was crowd-funded by her fans. Due to its sales success, Block was signed to Universal Music Group Nashville's Mercury division in September 2020. Mercury released a radio edit of "Just About Over You", which was produced by Ross Copperman. Two months later, Block filmed a music video for the song, directed by Logen Christopher. In early 2021, "Just About Over You" reached top 40 of the Country Airplay charts.It subsequently debuted at number 95 on the Billboard Hot 100 in October 2021 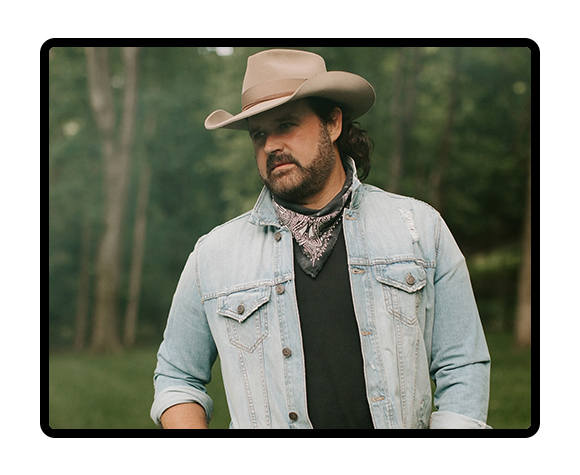 Randy Houser
Signed to Universal South Records in 2008, Randy Houser charted the single "Anything Goes". It was a Top 20 hit on the Billboard country singles chart and the title track to his debut album of the same name, which also produced his first Top 5 hit, "Boots On". In 2012, he moved to Broken Bow Records imprint Stoney Creek. He reached Number One with "How Country Feels", the title track to his third album, and with "Runnin' Outta Moonlight" in 2013. The follow up singles from the same album were "Goodnight Kiss", which reached number one on the Mediabase Country Chart and number two on the Country Airplay chart, and "Like a Cowboy," which reached number 3 on the Country Airplay chart in March 2015 and received a 2015 Country Music Association Awards Song of the Year nomination.
If it’s the 3rd weekend in July...
Then there has to be Country Music and Campground Carousing billowing out of the coal hills of Eastern Ohio.

The traditions here are deep rooted and shared through generations of fans.

There’s still a lot of music in these hills, and you can blame our roots for bringing it back…