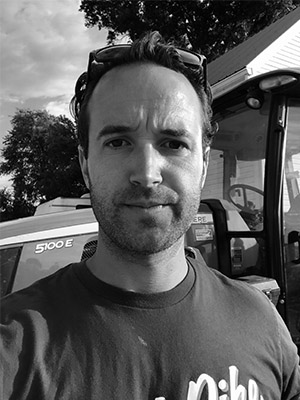 Chris is a Flushing native living in Columbus. He spent his summers working for his family’s Valleyview campgrounds since they originally opened as a parking lot for Jamboree in the Hills. He helped cut grass, build fence, and build their marketing & social media.

In his early pre-teen days, he would drive patrons (and coolers) from the bottom of the hill up to the road—and he rarely reported his tips. One of his tips was a wet t-shirt show…also not reported until this very moment.

He remembers fondly the glory days of working all day, and playing all night all through Jamboree week. Most notably, “playing” also meant playing guitar with his brother and friends at their campsite on their homemade stage.

Chris is excited to share this new festival with all the old Jamboree fans near and far, as well as bringing an event to the Ohio Valley.

If you've camped at Valleyview, then you've met Nina. Now living in Pittsburgh, she still "vacations" every year by managing staff at Valleyview in the summers. (She is still the youngest staff member to ever catch—and remove--a jambo fan from entering the campground without a Valleyview wristband. It wasn’t on her job description, but the job was done regardless.)

Nina’s favorite Jambo celebrity spotting is the time Tanya Tucker stopped by Valleyview needing directions to a nearby farm—she owned a Budweiser Clydesdale and they were staged nearby. Nina got to ride with her to the farm AND, most importantly, Tanya Tucker was nice enough to return Nina to us—true story.

But even with a celebrity siting, her favorite memories of Valleyview involve all the time spent with family and friends that come together to work and hang out for the week. AND of course all the regulars! Every year she gets to see some of her favorite campers and this is one of the main reasons Nina is excited for Blame My Roots! 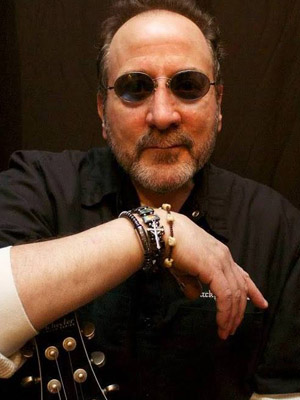 Dino’s musical experience dates back over 35 years running the spectrum of playing in local and regional bands, to playing with “The Toys” touring internationally with CBS Records recording artist Rachel Sweet and performing with acts such as: “The Jerry Garcia Band”, “Southside Johnny and the Asbury Jukes” Bon Jovi, and the “Romantics”. During that time-period, “The Toys” appeared on “The Merv Griffin Show”, performed live radio simulcasts with WNEW, New York, WMMS-Cleveland and WBCN-Boston, and headlined at legendary venues such as “The Bottom Line” in New York City, “The Roxy” in Los Angeles, “The Paradise Theatre” in Boston and the “El Mocambo” in Toronto, Canada.

Dino is President of Atomic Cowboy Productions featuring national artists such as NeverWake and others in addition to providing services such as Artist Management, Studio and Media Production in association with The Presenters Agency.

Obviously, Dino’s extensive industry experience as an artist and as an artist talent representative makes him truly unique, and an invaluable resource to developing and established artists. Folks…Dino is Rock n Roll and we’re proud to have him here!